10th Brussels Film Festival: “Courage” – a mini study of the state of
masculinity in a contemporary society

Although most reviews of Grzegorz Zglinski’s “Courage” shown during the 10th Brussels Film Festival underline the biblical dimension of the story and concentrate on the relationship between two brothers, my attention was strongest attracted by something else. Telling at the first glance a tragic but rather simple story, this movie touches on an important subject – the crisis of the traditional concept of masculinity in a contemporary rapidly changing society. 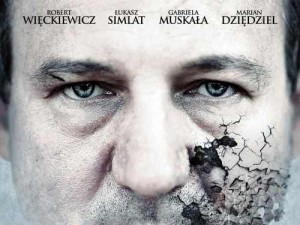 The film tells a story of two adult brothers, where the older one – Alfred, represents conservative values that traditional society tries to preserve and the younger one, Jurek, who just came back from the US where he has received his education, reflects the undergoing social change. While Alfred is trying to cope with the social stigma after being unable to stand by his brother against violence the author takes on the discussion on renegotiating the idea of masculinity in a contemporary society.

Throughout the movie the two figures are constructed around oppositions. Already in the opening scene, the viewer learns about the subtle difference between bravery and courage – courageous behavior first and foremost avoids exposing yourself or others to unnecessary danger. This idea later plays a crucial role as a distinguishing feature in defining the notion of masculinity in the movie.

The traditional concept of masculinity has at its center the ability to create a family, traditionally understood as composed of a man, a woman and at least one child, and to protect it. Next to it and partially as a result comes, however, inability to communicate or express feelings even towards the closest people, as well as remaining distant and estranged when facing troubles.

Alfred feels silently condemned by a judgemental and oppressive society as well as his closest family. The immaturity of a traditional man is most clearly expressed when he tries to repent his sins by finding the guy who beat up and seriously injured his brother and
revenge on him. Usually self-confident and very strict, he thinks this is what is expected from him, this is what he should do as a man – be brave and prepared to face violence.

On the contrary, the “new man” – Jurek, is conscious of his feelings and emotions, can differentiate between bravery and courage and stand up to violence but only for a good cause, e.g. the dignity of a woman. He is not only able to procreate but also to take care of his children in the absence of the mother.

Therefore, the characters of the two brothers appear to me a bit tendential. Jurek seems to have almost no flaws and pays bitterly for his convictions and righteousness. While Alfred is severely condemned and stigmatised not only by the society but also by his family and himself. He seems not to have managed to live up to the requirements
of his own moral code. Although a bit simplified, these two characters illustrate very well the current tendencies and change in perception of masculinity in a contemporary Polish society.

It would be a legitimate question to ask who is the victim in this movie. Jurek is unquestionably the victim of violence and his brother’s cowardice. But equally Alfred is a victim of the oppressive society which shaped his idea of masculinity refusing to define weaknesses as acceptable and potentially constructive in one’s inner development.