(an extract from my term paper inspired by the book by K. Kielos Jedyna płeć)

Today, the majority of people in the world living in poverty are women. Disregarding the part of the world they live, women have worse access to education, technology, clean water, and healthcare. They also have worse access to credit and come across more problems when trying to register their own company. Additionally, they face more difficult working conditions, lower salaries, and unstable employment. Especially migrant women are confronted with difficulties at workplace, discrimination, and are often unable to gain an independent legal status. Additionally, as research shows they have less knowledge about their rights.1

War and subsequent increasing militarization continue to devastate the lives of women and girls in the conflict regions. Women become victims of men’s violence, also on a sexual background. In several EU countries, including Poland, women are denied the right to decide freely about their bodies, and lack or have severely restricted, access to affordable gynecological public health services, including abortion.

Moreover, in our economic system women continue to do most of the unpaid care work. In the European Union, the gender pay gap is still, on average, 17%. Both EU and national decision-making structures remain extremely gender imbalanced. Women represent on average only 23% of national parliamentarians.2 In the European Parliament of the 8th legislature, there are currently 37% of women.3

In the late 80s and early 90s, a new field in feminist theory emerged emphasizing that the state, public policies and institutions have the impact on gender relations and thereby “offer important contributions to the analysis of the state and to political science in general”.4 Political feminists have analyzed the state in its relations of power, class, social and economic groups in feminist perspective. The state’s instruments for subordination of women, structuration, and the influence of gender roles and relations, but also positive economic policies for lessening of the financial dependency of women on men are subject to investigation. Moreover, centered around comparative research, political feminism focuses on the promotion of women’s interests within the state. It concentrated, in particular, on the ways in which gender constructs politics, and the ways in which gender issues such as ‘women’s inequality’ are constructed in policy debates and decision-making.5 However, as feminist political researchers point out the main problem in our society today is not inequality but the male domination linked with racial and economic domination. This issue is addressed more closely by a new branch called feminist economics.

Economics, like most academic disciplines, has traditionally been thought to be a neutral, non-biased field of thought. Economists – who have until recently been primarily white, privileged men – have assumed that the description of life which they created is universal and true for everyone. But as more and more people started to participate in the discipline, the hidden assumptions of economics have come to light. Since the 1960s, feminist economists have pointed out the ways in which economics favors the experiences of men to the exclusion of women, and promoted opportunities for economic enquiry that improve women’s economic status.6

Feminist economics is a new research field that emerged as a result of this movement. It attempts to critically study economics to overcome androcentric biases. Therefore, it draws attention to the social constructions of traditional economics, questioning the extent to which it is positive and objective, and showing how its models and methods are biased towards masculine preferences.7

The neoclassical economic model of homo economicus describes people as rational actors who engage in marginal analysis to make their decisions, who “interact in society without being influenced by society,” because their “mode of interaction is through an ideal market” in which prices are the only necessary considerations”.8 Feminist economists argue that people do not fit this simplistic mode, and call for “a more holistic vision of an economic actor.” They seek to produce a more gender inclusive economics and emphasize that gender and race must be considered in economic analysis.9

The research into the causes and consequences of occupational segregation, the gender pay gap, the “glass ceiling”, and deficiencies of economic models, such as disregarding intra-household bargaining have been a significant part of feminist economics. While conventional neoclassical economic theories of the 1960s and 1970s explained them as the result of free choices made by women and men who simply had different abilities or preferences, feminist economists point out the important roles played by stereotyping, sexism, patriarchal beliefs and institutions, sexual harassment, and discrimination.10

Feminist critique of economics includes the claim that “economics, like any science, is socially constructed.” Feminist economists show that social constructs act to privilege male, western, and heterosexual interpretations of economics.11 A recent voice in this debate has been taken by a Swedish journalist, Katerine Kielos, with her book The Only Sex.

In her work, Kielos looks at how women are left out of the study of economics and human behavior, and how this affects human understanding of the world economy. She goes back to the works of Adam Smith, the founding father of contemporary economics, who in 1776, published a famous book An Inquiry into the Nature and Causes of the Wealth of Nations. In this book, he posed a question that has become the foundation of contemporary theory of economics: “How do we get our dinner on the table?” Kielos paraphrasing his question asks: “Who cooked the dinner for Adam Smith?”12

The author notes that in the XVIII century, the world in which Adam Smith lived clearly separated the market sphere from reproduction. In the theory of economics, which is based on the principles and mechanisms described in 1776 by Adam Smith, wealth is created by the work of an “economic man” who takes action because he wants to generate income to meet his own needs. Thanks to the “invisible hand of the market” his work produces exactly what is demanded by people.13

In neoliberal thought, homo economicus is primarily a man who develops and realizes his own needs on the free market contributing to the growth of the Gross Domestic Product (GDP), the total amount of goods and services produced in the country, which is the measure of economic growth. At the same time, a woman as if out of great love chooses to run a household and take care of children, elderly, and sick family members.14

Adam Smith did not ever have to wonder, as Kielos writes, “how the dinner gets onto his table” because he never married and most of his life lived with his mother, who ran the house for him. It could lead him to the conclusion that house duties are a free, motivated only by love and the “natural need” of women to surround her family with care.
Neoliberal theory excludes women from the labor market because it considers the experience of working at home has no value in the market. On macroeconomic level, women’s house work is not taken into account. On the other hand, investments in equality of opportunity, infrastructure, health and other matters within the social sphere is a cost in terms of GDP.15

Therefore, the inclusion of the sphere of reproduction to economics requires a new approach to the problem that economy should deal with (besides the increase of GDP). It is also necessary to look at investments in the sphere of reproduction and care work as an integral part of achieving growth. These changes are also partially triggered by the current demographic challenges. The market cannot function efficiently without unpaid domestic work. These two areas are closely related.

One can only speculate how the theory of economics would develop, if also the second work of Adam Smith, Theory of Moral Sentiments, became a source of inspiration for economists, Kielos asks.16 In this work, the author defines the principles of social justice, including the obligations of the state towards the poor, as well as the functioning of goods and services which are outside the market.

‘Homo oeconomicus’ is characterized by the market requirements, viewed as both male and gender-neutral. It is seen to have stereotypical male qualities but is also portrayed as something that all people, male or female, can strive towards. As a result, male perspective becomes the default position, which some economists then use as a way of claiming that gender need not be analyzed in discussions of economics. Women entering the labor market are, therefore, forced to submit to the male model of motivation, rationality and decision making.17

Kielos proves in her book that the exclusion of women from economic theory distorts reality and hence economic decisions, and makes it additionally difficult to solve social problems. It constitutes not only a barrier to equality between women and men but also a limitation to the prospects for sustainable economic development.18 The author warns that if economists and politicians do not change their approach to economy and continue to disregard the interests of women, the global economy will be threatened with a crisis much larger than that of 2008.

Gender plays a role in a world where 70% of the poor are women and where women are absent from the global super-elite which has an increasingly greater impact on the mechanisms governing economic and political activities. Gender makes a difference in a world where women have low salaries, poor working conditions and carry out a significant part of the work for free. Finally, gender also is important in the world where norms, culture, and ways of evaluation block women solely because they are women, and in which economic science at the same time proclaims that the norms, ideas, culture, and values are insignificant in the economy.19

Economics today has become the dominant reasoning, promoting the belief in salvation through economic growth. If economic neoliberal models, built on the principle of rationality that favors men, do not take into account the unpaid work of women, we will never understand the relationship between employment, poverty and the lack of equality between sexes. To understand the mechanism of the economic growth properly, economic models need to take into account other factors than self interest. Economics cannot continue to blindly follow the model of a world in which there is only one sex, and economists must incorporate gender into their models of how the world operates.20 21

Despite legislating extensively for equality between sexes and setting a complicated institutional structure to safeguard these laws, the EU is unable to effectively take a stand in the field of women issues. Regrettably, the discussion on the structure of the political and economic system is still lacking on any level of decision making. Without this debate the situation of women on the market will remain unchanged and their choices limited. With no real choices, women will remain not only dominated but also oppressed in the androcentric society. 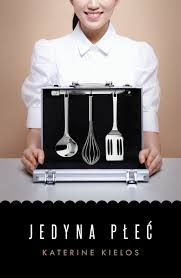