In the first episode of the BBC series Black Mirror, the kidnappers of Princess Susannah, Duchess of Beaumont, pose a seemingly crazy demand requiring the UK’s Prime Minister to have a sexual intercourse with a pig live on the TV. It is, however, used in a very clever way to illustrate how media and politics are interdependent and work together. 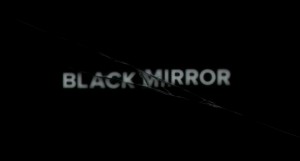 In this undoubtedly crisis situation, every decision and every step of the politician is analysed from the perspective of media response. The results of the polls are being literally thrown at him from behind his shoulder.

On the other side, we see the media whose very existence is dependant on such stories and therefore, journalists are so determined to get one, even if on the expense of decency and moral values or putting their lives and safety at risk.

Additionally, the producers of the show point out how social media change the relations between politics, public, and the media. The show illustrates how social media take away the power from the policy makers to control the information. The PM demands that the news does not reach the public and all the major news TV stations adjust to this request. However, the ransom video had been posted on YouTube and, despite having been there for nine minutes only, it had been enough time for it to be viewed and spread around the net thus making it impossible to control any longer.

The third corner of this triangle is the audience who is, at the same time, at stake in the game. Although outraged and disgusted with the whole story, it stays glued to the screens until the very last minute of the broadcast. In the end, the princess is discovered safe and sound in the streets. She was released by the kidnapper before the deadline, but went unnoticed as everyone was distracted by the broadcast.